Dear Community,
Thanks all for participating in our Blockstack AMA. We really appreciate all your support. There were really good and thoughtful questions that were asked. For those who missed our AMA, this blog post is for you.

Xan – Hey everyone! Thanks for having me and Rohan. Excited to be here!

Mayank – Before we begin the first session, can you tell us a little about your background and what role did you take on the Blockstack?

Xan – My name is Xan. I’ve been the Growth & Production Partner on the Blockstack PBC core team since mid 2017. For the first two years my focus was on the growing the independent ecosystem of projects built on top of Blockstack. We started with none back in 2017, and ended 2019 with over 400. For the past year, I helped Blockstack expand into different markets in Asia. Currently I’m doubling down on that focus on Asian markets by founding a new, indepedent company, called Daemon Technologies (地灵科技). Daemon will be headquartered in Hong Kong, receive some seed funding from Blockstack PBC, and will focus on adoption of Blockstack technology in Asia.

Rohan – Hi, My name is Rohan, I’ve been helping out with Community management for over an year now. I am also helping Blockstack expand into the local community, and all of you are more than welcome to join the Indian Blockstack community at @blockstackindia. Also dropping the link here for Daemon Technologies https://daemontechnologies.co/ so if you’re interested to STX Mining and Stacking to earn BTC. Don’t forget to subscribe!

Mayank – Great 👏🏻 Could you please tell the community about Blockstack.

Xan – Blockstack (STX) is building Web 3 anchored to Bitcoin. We believe that Web 3 will emerge around the Bitcoin ecosystem vs on some separate smaller network. The Stacks blockchain interconnects with Bitcoin and adds the necessary features like smart contracts and internet assets registration.

Here’s an article from Forbes about Blockstack and how it anchors on Bitcoin: https://www.forbes.com/sites/jasonbrett/2020/06/09/will-wall-street-analysts-buy-the-blockchain-business-model/#16e73fa75b0c.

Rohan – Just to add to what Xan said, here is a good interview/video about Blockstack PBC history and how we inspired Season 5 of the famous HBO Silicon Valley show where they were building a decentralized internet: https://fortune.com/2018/06/08/blockchain-silicon-valley-new-internet-blockstack/.

Mayank – What is the name of the token from Blockstack? how much supply is available? can you tell us where the token will be allocated? And is the Blockstack token ready to trade?

Mayank – What is the purpose of STX token?

Xan – The fundamental use case of the Stacks token (STX) on the chain is to facilitate fees for the registration of digital assets like user or domain names. STX tokens used to register new digital assets are “consumed” or burned in the process. After the launch of our mainnet, the network allow users and developers to use STX as “fuel” for Clarity smart contracts and to pay to miners for hosting Blockstack nodes and securing the network. STX Holders will also be able to earn Bitcoin for locking up their holdings. We call this stacking – more later.

Xan – Proof of Transfer is a consensus mechanism that leverages the security of existing PoW chains like Bitcoin, and allows a new network to anchor to an existing PoW network. In the case of Blockstack, this gives the Stacks network similar security properties to Bitcoin from Day 1, while still allowing Blockstack PBC to offer developer tools like Smart Contracts, without modifying BTC’s protocol.

There is a staking like component to Proof of Transfer called Stacking. Stacking is when STX Token holder lock up their tokens, and every cycle (every 7 days) broadcast a BTC address and support for a Stacks chain tip to the network. In exchange for this service, they are sent the BTC that is spent by miners. While this sounds similar to staking, it is not actually necessary for the network to run properly. With PoX, miners are still the ones responsible for securing the chain and making sure the network progresses normally. Stackers simply make the network more decentralized, and give miners an extra incentive to be honest.

Xan – The two main roadmap items are (a) launch of the Stacks 2.0 mainnet (testnet for Stacks 2.0 went live in April) and (b) increased decentralization of the ecosystem (so several other entities and players other than Blockstack PBC contribute to the ecosystem). Full roadmap is at https://blockstack.org/roadmap. Stacks 2.0 is our master blockchain design. It’s the blockchain we wished existed when we were starting off in 2013. The fundamental issue is that having full smart contracts at Bitcoin level is not secure, and registering millions of internet assets at Bitcoin level is not scalable. Stacks 2.0 interconnects with Bitcoin to re-use the security of Bitcoin and adds the missing pieces of the puzzle i.e., a predictable smart contract language and scalability for Web 3 apps and assets.

Rohan – Last but not the least, you can follow our testnet progress here: https://testnet.blockstack.org just remember that our Mainnet Launch is defined by “exit conditions” in every phases and we optimizes for quality vs picking any random dates.

Q1. The miners generate $STX in exchange for their BTC, at a rate of 500 $STX per block. What does that amount of $STX depend on, and is it possible that in the short term that amount will be decreased to give more users the opportunity to mine with you?

Xan – The amount is coded into the protocol. That amount shouldn’t prohibit anyone from participating. I expect the amount it takes to be competitive to mine to not be much, to start at least. if that question is referring to Stacking – then you will be able to pool holdings for the purpose of stacking. So everyone can be able to participate.

Q2. $STX was raised over 132$ M mcap and has through the 84th rank in coinmarketcap , do you have a specific target to bring him through the rank 50th ? or are you quite satisfied with this result?

Xan – We don’t. Blockstack PBC specifically focuses on developing the tech and growing the community. In the long run, the secondary. market should simply reflect sucess there. Sites like CMC also have their own proprietary way of ranking, and trying to play to that is a short term game that isn’t worth much in my opinion.

Q3. How can I as a Blockstack participant participate in mining, and receive $STX as reward?

Xan – To mine a Stacks block, a miner sends any amount of Bitcoin to an address provided by the PoX consensus mechanism. The protocol uses the BTC commits as inputs, and combines them with a Verifiable Random Function (VRF) in order to select the winning mining. This is called Leader Election. There is no minimum for the amount of BTC a prospective miner needs to spend, but the more BTC spent, the higher the miner’s chances of winning. Once the protocol selects a leader, that winning miner’s block is broadcast to the rest of the network, and the miner receives a reward of 500 Stacks tokens.

Q4. Are there any benefits when I spend my BTC to mine $STX and how is STX mining any different? How do you ensure the value of $STX i mine is worth more than the BTC spent to mine it, considering the volatile nature of crypto?

Xan – At a basic level, for the same reason you would consider mining on any PoW base chain: because the expected value of the STX you will receive is greater than the amount of BTC you need to spend to win it. This is the same consideration as Bitcoin mining, only the scarce resource spent on that network is electricity.

The rounding is currently not coded yet but the default proposal is to only round up. Other options being discussed for rounding.

You can’t go below 25% participation but the rest is dynamic. I personally wouldn’t be surprised with a participation range of 30%-50% initially but then again we’re talking about earning bitcoin and a lot of people do want to earn BTC 🙂

Q6. Is it possible to create DEFI products on Bitcoin on Blockstack Stacks 2.0?

Xan – With the launch of Stacks 2.0, yes it’s definitely possible. I would argue Stacking is itself a kind of DeFi product. The launch of the new network means everything. There are over 400 projects building on Blockstack but they haven’t had access to crypto native business models, and smart contracts. This will really accelerlate the degree of experimentation, and the types of products that can be made with not just STX but BTC as well.

You can get involved if you’re a developer by creating smart contracts or creating apps easily. You can also join the community at community.blockstack.org.

Q7. Scalability and security are the two most difficult aspects to reconcile in a Blockchain, how is Blockstack structured to offer the best of both aspects? and why Bitcoin?

Xan – The answer to the last question is the answer to the security. Bitcoin is the longest running, most secure chain that exists to date. PoX allows us to anchor our network in that security. For scalability, we take a different approach than the ETH camp. We don’t believe blockchains should be used as general purpose databases or general purpose computers. They’re meant for establishing global state of a network. So we anchor identities and pointers to where users have chosen to store their encrypted data.

Q8. I briefly saw something like “$STX mining”. How does it work? DO I NEED BIG MACHINES LIKE BITCOIN ANTMINER TO MINE $STX?

Xan – Still seeing a lot of confusion over STX Mining and needing hardware. There is no hardware needed to mine STX. All you do is send a transaction to the network with a BTC payment and you’re proposed block.

STX Mining is more similar to a trading activity than it is PoW mining with hardware.

Thank you to Xan Ditkoff and Rohan, and Community for participating in the AMA. Have a nice day 🙂 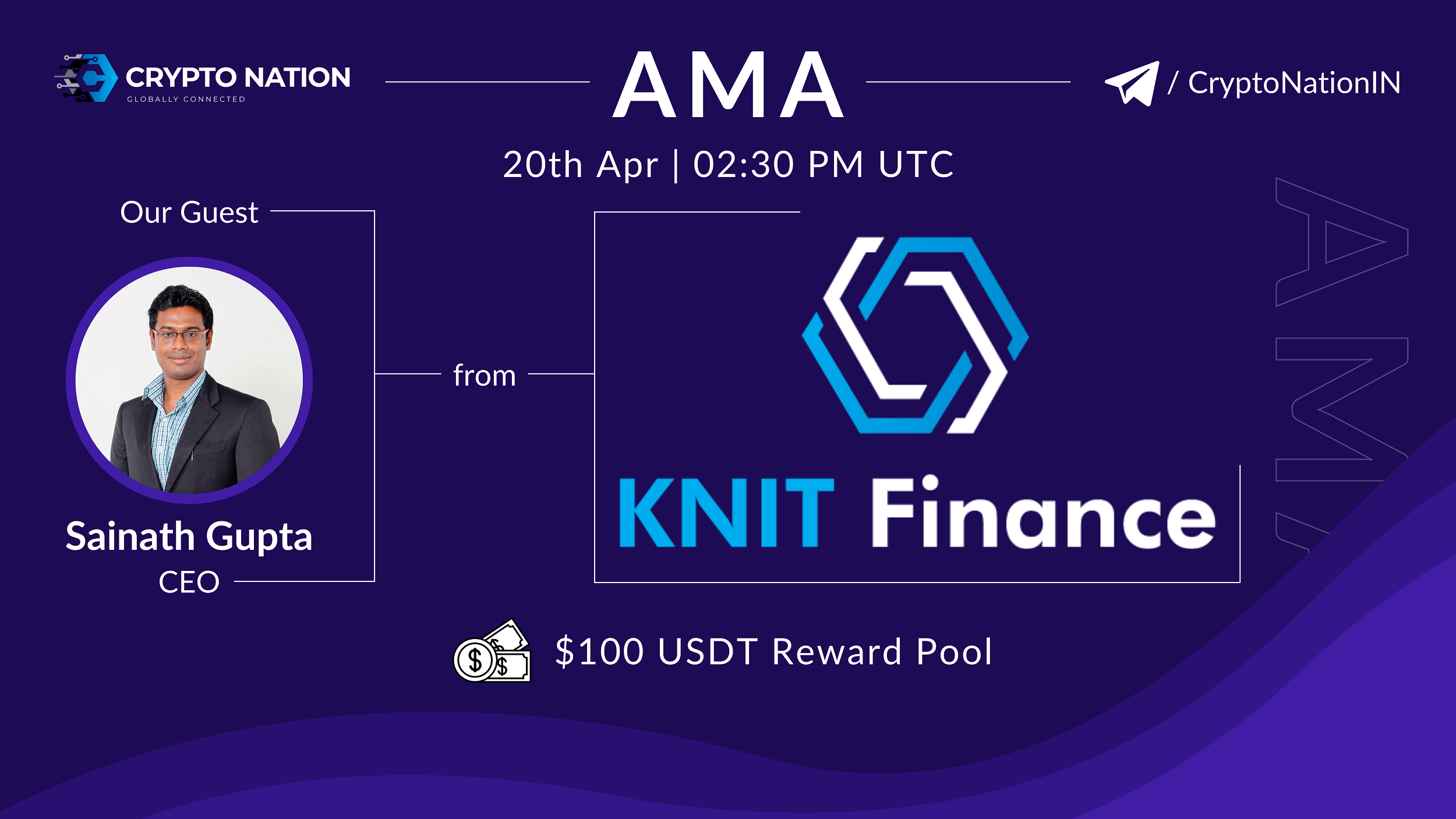 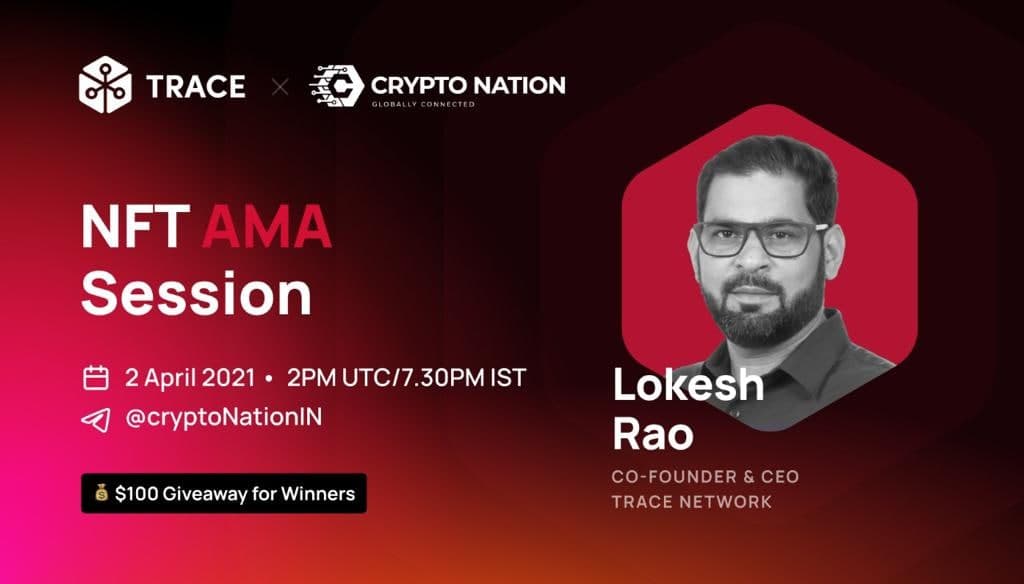